Synapse is the "New Continent" that Sugata has been searching for and found out that it's connected to Tomoki's dream. The only way for them to enter Synapse though, is through the Dive Game. Sugata finds that some people on earth are not "real", but in fact are just angels inside pods dreaming and that it is where the Angeloids had been developed.

The Synapse first appears as a grassy field through Tomoki's dreams. However, later when Sugata keeps re-entering, it's revealed that Synapse is divided into separate "islands", some islands are organic while others are not. The land has been here for Eons. The angels that live there created the Big Bang. According to Hiyori in My Eternal Master, Synapse rule over multiple timelines.

Tomoki, Sohara, Sugata, and Mikako visited an island with a single large structure with writings on it. In Chapter 72 of the manga, it was revealed that the scrawling marks, are the wishes of every Angel from Synapse, all wishing for a new world. This structure (named "The Rule") can grant any wish to any non-Angeloid who uses it.

Aside from Tomoki's dream, the only other way to reach Synapse is to fly there. However, any intruders in Synapse airspace will come under attack by a specialized, anti-air defense system, "Zeus." 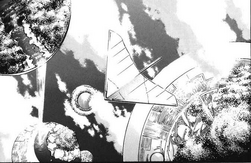 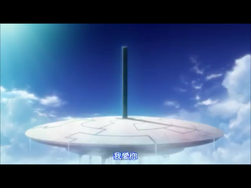 Island With The Core

Retrieved from "https://soranootoshimono.fandom.com/wiki/Synapse?oldid=21193"
Community content is available under CC-BY-SA unless otherwise noted.